Presented by Adelson Galleries and the Artist 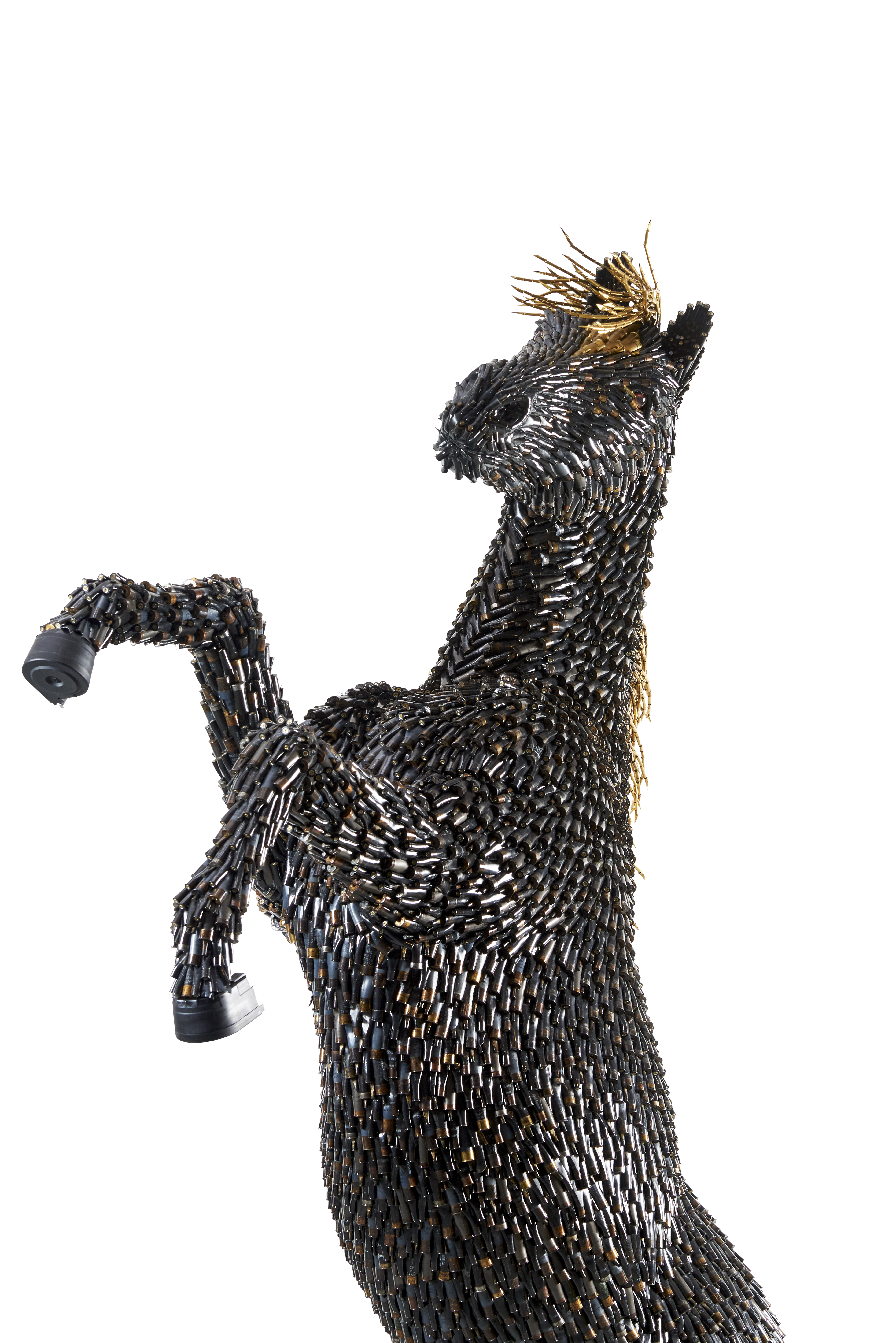 Born in Bogotá, Colombia in 1962, Federico Uribe currently lives and works in Miami. His artwork resists classification, and emerges from intertwining everyday objects in surprising ways that maintain a formal reference to art history. Uribe studied art at the University of Los Andes in Bogotá, and by 1988 he arrived in New York to pursue an MFA degree under the supervision of Luis Camnitzer. After receiving his degree, he left New York to study and work in Cuba, Mexico, Russia, England, and finally Miami.

In 1996, Uribe abandoned his paintbrushes and canvases in favor of household objects (plastic cutlery, colored pencils, and so on). He began to carefully observe, collect, juxtapose, and combine this alternative media. They have become unusual instruments of a new aesthetic, full of color, irony, and lively playfulness. When observed closely, his works reveal various kinds of interpretations; they tempt us to touch them, to discover the detail and connection between one element and another. When viewed from further away, they offer volumes, forms, textures, and color. His creations elicit excitement and intrigue from all walks of life, and the novelty of the media often belies the compelling aesthetic merit of each work of art.

Uribe’s work has become prominent in the United States over the past decade.  His artwork has been collected by and featured in multiple museums around North and South America.  Uribe’s work is rapidly becoming some of the most sought after contemporary art around the world.  In this past year alone, Uribe’s work has been shown in Europe, Asia, and widely across the United States.  His exhibition at the Woodson Art Museum (Wisconsin) broke attendance records, and his new installation at the Brooks Museum (Memphis, TN) is on track to achieve the same attendance.  In the next year, Uribe will exhibit his work at two other esteemed institutions in the USA, as well as participate in the 2019 Venice Biennale.